The company in the face of transparency

Society's aspirations for more transparency are inscribed in the logical sequence of combat that individuals have been waging for more than two centuries to free themselves from a traditional order founded on secrecy and hierarchy. Applied in the company, transparency is not necessarily to tell all but to be sincere at least when given the floor in order to regain the confidence of customers as well as employees.

Transparency is not an evident concept for all companies. Capitalism à la française is a culture of secrecy, one of anonymous companies and accounts that one only publishes because the law obliges it. In France, society as a whole has often cultivated a form of opacity. We dont hesitate for long when it comes to exhibiting our private lives on social networks, yet, it doesnt cross anyones mind to publish their salary on Twitter. Some things can be said while others can't, in particular concerning power or money. The question of respect for our private life is a pillar of our conception of individual rights. Here, we are very different to the Anglo-Saxons with their Protestant heritage, who tend not to hide anything, as if the simple fact of hiding something can make them suspect.

Economic liberalism est build on this notion of transparency. This habit to tell all, exhibit everything, to be absolutely transparent is profoundly implanted on the other side of the Atlantic. Lying is highly frowned upon while here in France it has been more or less tolerated for a long time. But times are changing. The French in turn are yearning for more transparency, at least concerning their relationship with organizations. In this time of globalization and the massification of information, French companies can no longer function as before without the risk of displeasing their customers or employees.

This necessity for companies to be more transparent is all the more urgent as they are suffering from a chronic disenchantment on the part of our fellow citizens. Numerous financial, health and environmental scandals have ruined undermined relations between companies and consumers. Contaminated infant milk, Dieselgate, Paradise Papers, Levothyrox: a new affair is revealed every month corroborating a little more each time the idea that companies don't care about our health or rights but only about profit. No sector is spared, the Cambridge Analytica scandal shows that even a flagship company in the digital economy is not inoculated from seeing its bad practices in the headlines. Besides the question of image, these recurrent scandals are also very bad for the turnover of companies caught red-handed. 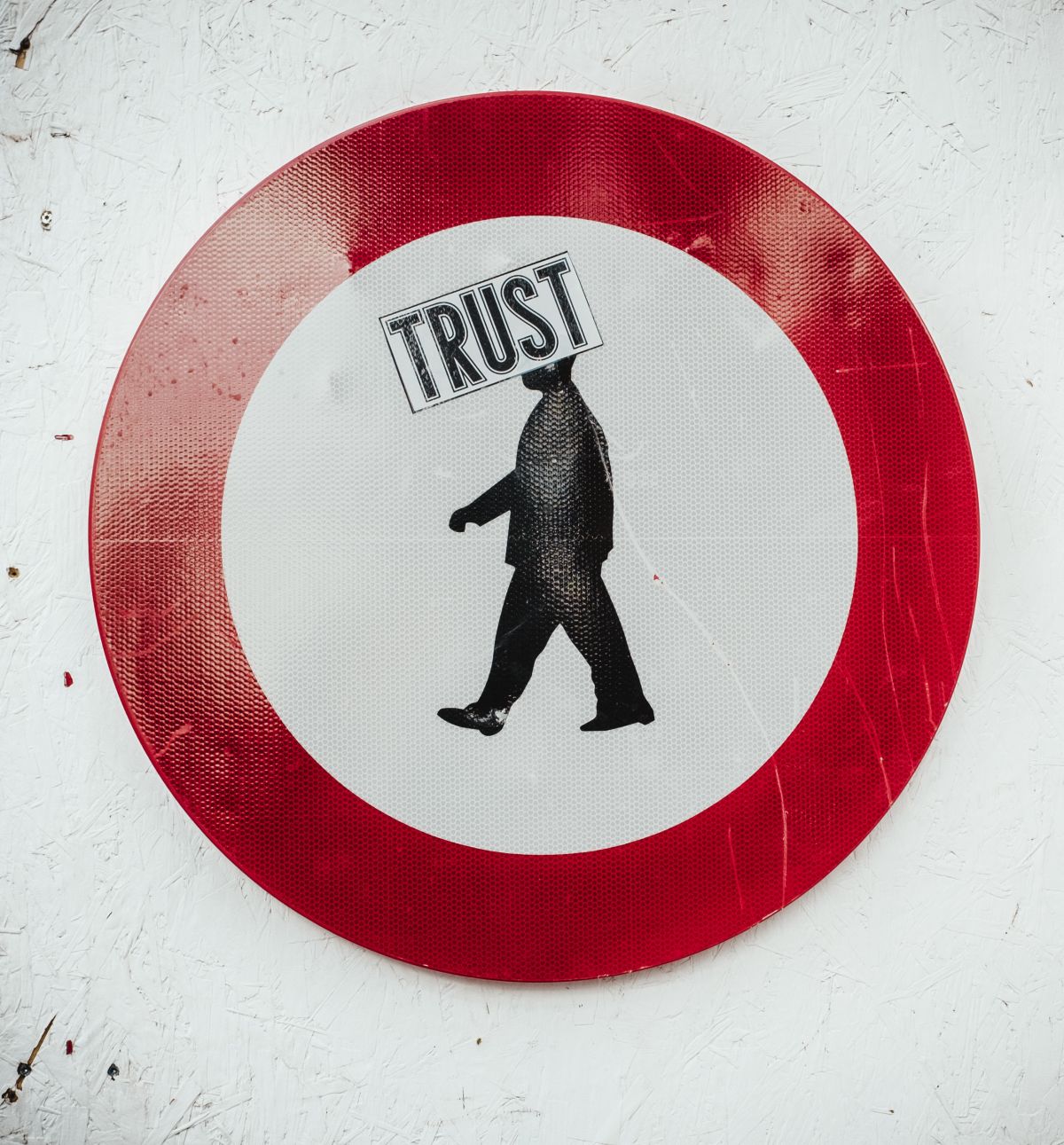 Consumers are closely connected to one another

Internet is a factor with consumers closely connected to each other, and information circulates and spreads with incredible speed. It is forever easier to launch a petition, convoke the media or join a class action lawsuit. Relayed by social networks, calls for a citizen's boycott are more and more effective. Beware companies who do not play by the rules of transparency. Behind this phenomenon, there is above all a call from consumers insisting on their right to know. It was revealed in a recent opinion poll that users most reproach SNCF (French State Railway) for a lack of information rather than the dilapidated state of the network or the continual strikes.

In general, more than absolute transparency, consumers are crying out for a right to information. In order to re-establish good relations with their customers and regain their confidence, the company must be more pedagogical in its approach, establish a dialogue, explain what it is doing and why. From an employees perspective, the verdict is no better. They are rarely passionate about their company. Many employees have a feeling that their creativity is thwarted and that they are confined to doing repetitive chores. Insufficiently informed, they experience difficulties in understanding what their hierarchy expects of them. This unease at work is real and also affects many managers who sometimes say that they feel trapped in complex and vertical organizations that give them little freedom. Ignored when it comes to making strategic decisions, they often have the impression of being unappreciated by executive management. And what can we say about young generation Y workers struggling to find their place in the labour market whose codes they do not understand. Companies not only owe transparency to their customers to regain their confidence but also to their employees so that they can rediscover a sense of meaning in their work.

Talk of transparency must not however be reduced to a mere pseudo rhetoric. Our epoch demands sincerity, but it is difficult to be sincere when you have things to hide. Being transparent implies global transformation of the company. It must be in step with society and integrate new moral points of reference. Consumer expectations have evolved. To continue to meet such expectations, companies must change their paradigmatic model, starting with the adoption of principles of good governance, which, according to the OECD, contribute to supporting democracy and Human Rights, promoting prosperity and social cohesion, reducing poverty, supporting the protection of the environment and strengthening public confidence in the State; that alone is already a good start.

In summary, companies can no longer behave as organizations with a solely financial vocation but should also behave as political objects. Their role in society has changed. To regain consumer confidence, companies must come clean and transform themselves. Regarding the question of human resources, the principle of transparency is easily associated with the concept of freedom-form company, a philosophy that proposes re-establishing people at the heart of companies to improve well-being at work and employee productivity.

In concrete terms, a freedom-form company is a company that has abolished or strongly reduced hierarchical relations, that allocates responsibility to its employees, involves them in the decision-making process and lets them determine their own objectives. As a consequence, happier and more motivated employees, who are more interested in the success of their company. This mode of management can only thrive if there is a climate of confidence between employees themselves and between employees and management. It implies that the free flow of information within a company is encouraged. The remuneration and career management system, for example, must be known, understood and accepted by all while it is very often shrouded in mystery in reality. To give their very best, employees need to know the ground rules. There can be no freedom-form company without transparency.

Nothing to hide does not mean telling all however. Companies have the right to privacy, if only to protect their little production secrets. Consumers do not demand either that all is revealed, but simply that companies are sincere and that they dont try to hide practices that fly in the face of principles of good governance. If companies derogate from this demand, the punishment is immediate. The sentiment of having been cheated is far more unacceptable than previously.

Today, for the smallest "faux pas", company directors must make act of contrition to save their reputation and that of their brand name. The mea culpa of Mark Zuckerberg before the American senate and then the European Parliament would have been inconceivable only a few years ago. If the most famous man in the world who wears a hooded sweatshirt bowed to this despite his aversion to this type of exercise, it's because the very survival of his company was under threat. Trial by media is as popular as it is pitiless. In the event of a scandal, no company is protected from going down. Between the whistle-blowers, investigative journalists and millions of anonymous private detectives armed with a Smartphone that we all have inside us a bit, everything comes out in the end. In this context, transparency is not an option for companies. This is without taking into account that an absence of information, or the incapacity to access it, often gives rise to a feeling of helplessness, mistrust and frustration that instils doubt in the minds of consumers. The same goes for employees too. If a company experiences difficulties, it has everything to gain by opening up to its employees.

In a era where managing to keep a secret is a miracle in itself, one can cynically think of transparency as a necessary evil. But it would be wrong to consider it simply as a constraint. Transparency is a wonderful opportunity for companies to form a long-lasting relationship of confidence with customers. It also facilitates the establishment of new relations between executives and employees in order to help the company to break completely free from this traditional narrow-mindedness.

The 4 Toltec covenants
Four major principles to apply in life day in and day out.
An innovative and coherent CSR policy has been a predominant element in our strategy for many...
2019
Our expertises in ecstasy
Have a look on our 2019's projects !
Exil magazine
The Exhibit Group launches it Exil magazine, dedicated to the immaterial frontiers of the group.
Contact us

We love to exhibit, take advantage!