A train on the job

Major event in 2016, the UEFA European Football Championship was held from 10 June to 10 July. To bring this sports show intimately close to the French, the Euro 2016 Trophy Tour, organized in a train by UEFA, criss-crossed France until the eve of the competition.

We were called upon by the Carte Blanche agency, organizer and events follower, in order to install 90 screens provided by the UEFA train partner in four thematic compartments, specially geared for the general public.

The role of our teams was to first concentrate on the installation of three walls composed of 12 screens, assembled in a totally independent way. Only 4 screens per wall were connected to constitute a video wall, as well as a wall of 4 x 60-inch screens.

The first technical difficulty consisted in correctly operating media management for the screens comprising the video wall as well as the independent screens. This audiovisual technology service was performed via multiple flow servers in a coherent and completely synchronized way.

The installation stage of all the screens was a technical feat in itself, as all the screens were mounted independently of each other. This option was unavoidable, as it is important to be able to intervene rapidly during disassembly, in the event of a problem. Respecting this condition necessitated perfect alignment of the screens down to a millimetre, for an aesthetic, visual reproduction of quality. But a train is not a stable building, so we had to allow for this singular, but not for that undesirable mission factor, in mind.

It took a 5-man team mobilized for a week to mount the operation. 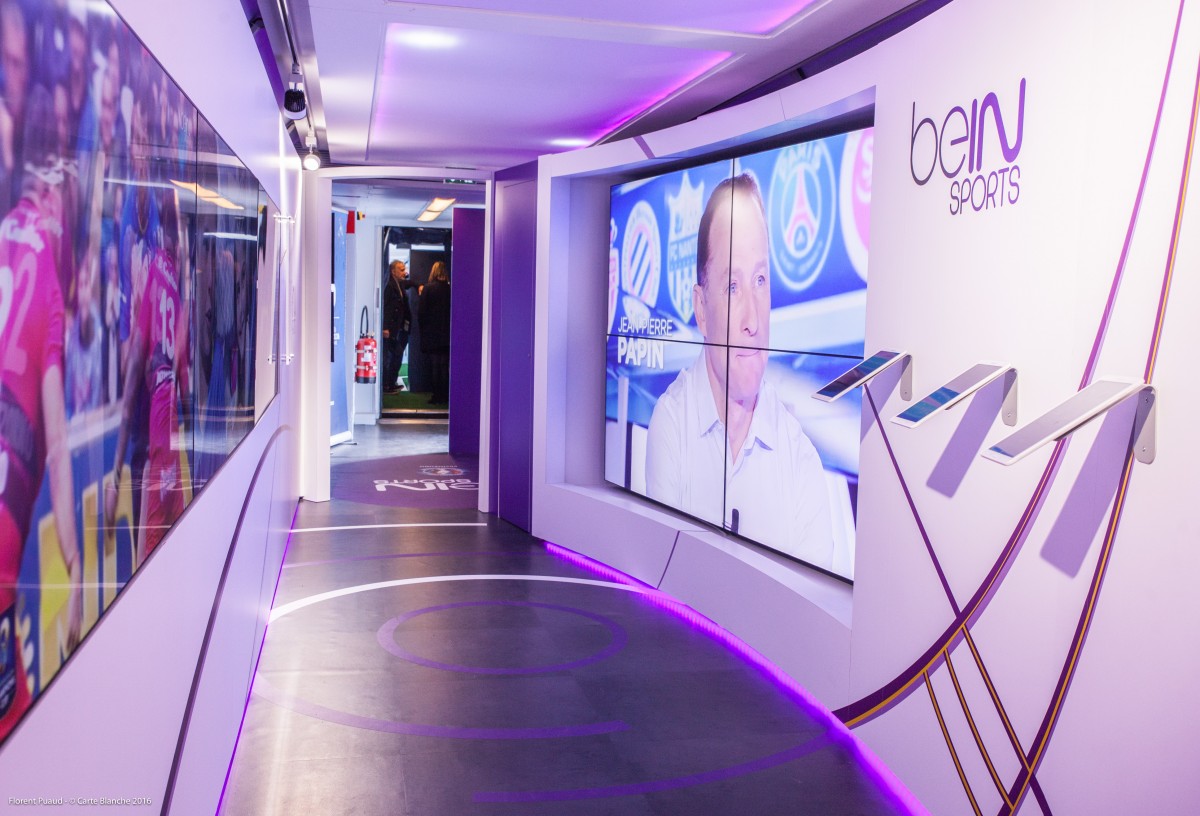 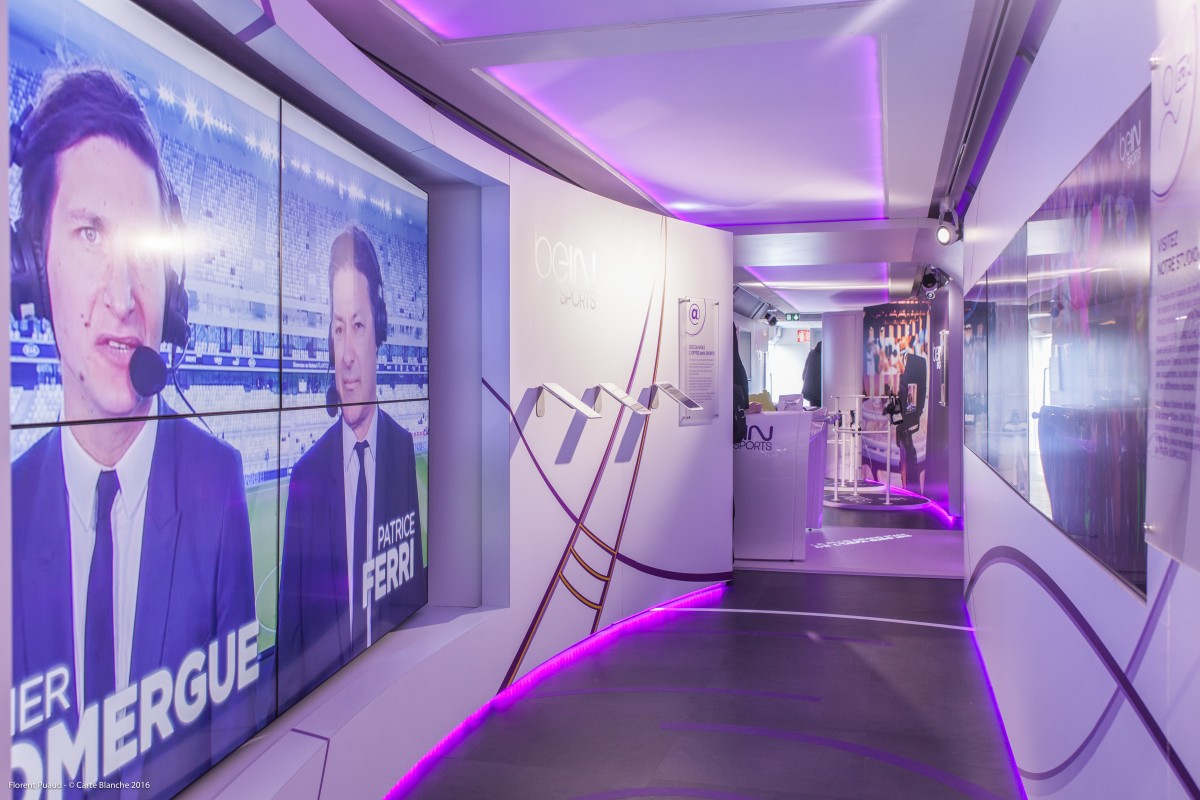 We love to exhibit, take advantage!